The cultivation of Sorbus

With a few exceptions, Rowans tend to grow as multi-stemmed shrubs or trees. This doesn't suit everybody and you may want to grow them as standards. This can be done but some will not be so vigorous when constrained to this form and some will resist the change by constantly producing basal shoots. In the latter cae, it's best to let them have their way!

If you have the space let them grow as they will but if you have limited space and want to keep them as standards you'll need to keep removing any shoots that form at the base. However, these make good heeled cuttings!

Most trees purchased from any but specialist nurseries will be grafted onto S. aucuparia or Hawthorn stock.

The problem with grafted trees is that they don't grow the same as if on their own roots. Often the stock is more vigorous than the scion which causes the stock to shoot. Any such shoots MUST be cut off or they'll take over and, if not checked, the trunk of the tree you bought will die off and you'll be left with a S. aucuparia or a Hawthorn bush! 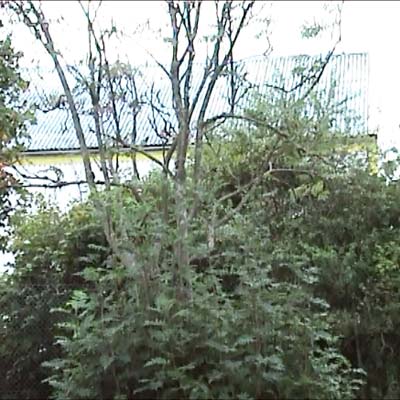 This is a tree where the basal shoots weren't cut off.

The original tree is now a sickly trunk in the middle surrounded by multiple shoots of S. aucuparia 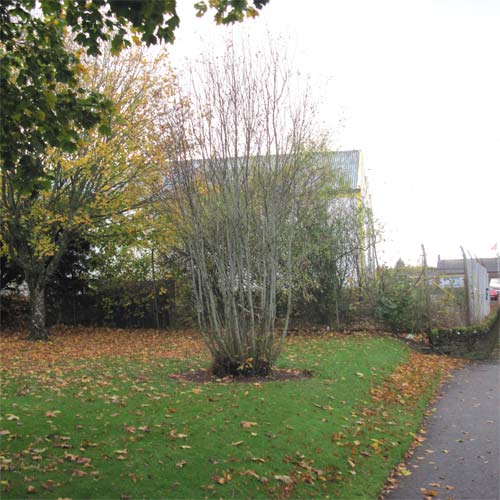 In time, the original tree died and what is left is a multi-stemmed S. aucuparia.

All that is left of the original tree is a hole in the centre of the multiple shoots.

Occassionally the scion will be more vigorous than the stock and you get the situation shown in the photo below.

As well as looking peculiar, the tree is liable to break at the graft even after many years of growth 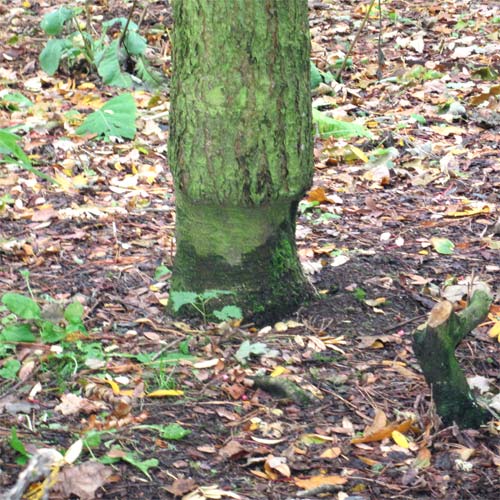 Other than as described above for basal shoots, the only pruning that is required is the removal of any dead wood. If you are growing Rowan as standards, you might want to raise the canopy from time to time. This is best done in the Autumn when the tree has gone or is going dormant.